The Story of Celtic 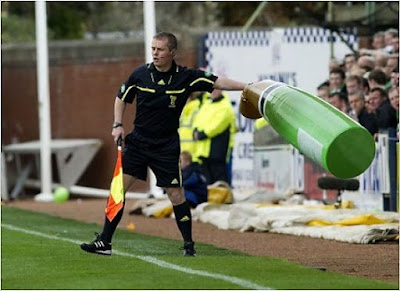 The Story of Celtic

The end of a year is both a time to look forward and a time to look back. The teens are coming to an end and we are about to enter the twenties. The past decade has seen Celtic sweep to almost unparalleled success in domestic football. Three consecutive trebles, eight successive league titles and some amazing moments has made the past decade a wonderful time to be a Celtic fan.

The previous decade had begun with the arrival of Martin O’Neil and Celtic’s first treble since 1969. His battles with a Rangers we now know to have been financially doped, were epic affairs and O’Neill’s team won 3 titles with two others lost by a single goal and a single point respectively. Strachan succeeded him and won 3 titles in 4 years to ensure Celtic’s place as the dominant side in the decade. In fact, Celtic have won more league titles than any other Scottish side in every decade since the 1960s with the solitary exception of the 1990s when the club was run into the ground and in need to rebuilding.

The current decade began with Celtic’s league challenge petering out in the spring of 2010 and temporary Manager Neil Lennon taking over following the departure of Tony Mowbray. Lennon did manage a victory of Rangers with Fortune and Naylor scoring the goals but the club’s last hope of silverware was in the Scottish cup and an inept display against Ross County at Hampden saw his team go out of the tournament in the semi-final.

The following season Lennon led Celtic to within a point of the title but a disastrous 3-2 defeat at Inverness on the run in handed the initiative to Rangers who won the title by a single point. Success in the Scottish cup with a 3-0 win over Motherwell at a rain sodden Hampden couldn’t quite dispel the feeling that the league had been thrown away. That spring saw Neil Lennon the victim of bombs in the post, foul abuse at certain away grounds and a physical assault at Tynecastle. It was a disgraceful time for Scottish football and the worst elements of the media made things worse with ludicrous headlines such as one depicting an image of Neil Lennon and the Tax man with the words ‘Who is hated more at Ibrox?’ It was gutter journalism at its worse and inflamed an already tense situation further.

Season 2011-12 saw Rangers race into a seemingly unassailable 12 point lead in the title race and Lennon’s job looked to be on the line. In a pivotal match at Rugby Park the team trailed 3-0 at half time and Rangers were ahead against St Mirren at Ibrox. Things looked bleak for the Celtic Manager but his side demonstrated amazing tenacity to recuse a point in a stirring comeback which saw the game end 3-3. St Mirren snatched a draw at Ibrox and Celtic took heart and went on a run which saw them reduce Rangers lead to 2 points by the time the Ibrox club came to Celtic Park on a wild and windy December night in 2011. Joe Ledley scored the only goal of the game and Celtic went to the top of the table. Their position as the top side in Scotland has remained unchanged from that windy night to this very day.

The spring of 2012 saw Celtic clinch the title as their great rivals stumbled from financial crisis to administration and finally liquidation. Despite ludicrous press talk of a ‘Billionaire’ with wealth which was ‘off the radar’ coming to rescue them, Rangers suffered the ultimate humiliation of going bankrupt and owing creditors large and small tens of millions of pounds. It sent seismic shockwaves through Scottish football as the completely wrongfooted the SFA and SPL who demonstrated a complete lack of moral fibre and leadership. Their attempts to shoehorn the phoenix club which arose in Rangers place into the top league misfired and they badly misjudged the mood among supporters of clubs all over the land who demanded that any new entity should join the league at the lowest rung of the ladder. The clubs too, undoubtedly influenced by fans opinions, thought that fair play was more important than financial considerations and the new club started where they should in the fourth tier of the game.

The death of Rangers allowed Celtic to power ahead and clinch title after title with relative ease. Aberdeen gave Celtic a run for their money but the Hoops were in no mood to ease off. By the time the new Rangers fought their way past the postmen and Joiners of the lower leagues and returned to the top flight, Celtic were well established as the dominant force in the land. Indeed, the Rangers arrival in the top flight was accompanied by the sort of hubris and arrogance which had contributed to the old club’s downfall. ‘We’re coming for you’ we were told. ‘we’re going for 55’ was the claim and it was with supreme satisfaction that Celtic not only completely dominated the new club but also completed an unheralded three successive trebles. Indeed, some of the thumpings handed out to the Ibrox club in the modern era match anything seen in the days of the Old Firm. In the past few years Celtic have won 5-1, 5-0, 4-0 and 5-1 and reminded the Ibrox men that football is played on the park and not in the blustering puff pieces of the press.

So, as we embark on a new decade which I hope is as successful for Celtic as the previous one, what are my favourite moments? There are so many to choose from in the past ten years and some will inevitably be tied to personal circumstances. But for what it’s worth here are my top five moments of the past decade, in reverse order…


5:  Rangers 1 Celtic 5. April 2017: Celtic’s destruction of Rangers at Ibrox was as much a delight to Celtic supporters as it was a shock to the home fans. The team played with verve and style and could have won even more convincingly. The scenes in the Broomloan Road stand after the game will live long in the memory.

4. Celtic 2 Barcelona 1. November 2012: On a night I’ll never forget, Celtic park celebrated the club’s 125th birthday with a tifo which was at once awe inspiring and beautiful. The team fought with that old Celtic spirit to defeat a Barcelona side at the peak of their powers and probably the best team in the world at that point.

3. Celtic 5 Rangers 1. 10th September 2016: The press built Rangers up for this match and the mouthy figure of Joey Barton had told Celtic he was coming for their title. Joey was anonymous as Celtic thrashed his side and gave Brendan Rodgers the perfect start to his derby record.

2. Kilmarnock 0 Celtic 6. April 2012: Celtic clinch the first of their current run of titles with an emphatic win on the ground where their rivals had clinched the title a year before. All the pain of the previous few seasons was washed away with a sparkling display of attacking football. It was the last match I attended with my nephew who sadly died in an accident. For that reason alone, this game will always live in my heart.

1. Celtic 2 Aberdeen 1: May 2017. The moment Tom Rogic picked up possession in midfield and glided towards the Aberdeen goal is fixed in my memory. The cup, the Treble, the Invincible season all hung on that one moment. In my mind’s eye, I can see the stand around me watch in spellbound anticipation and hope as he moved into the box and unleashed his shot. Then that roar, that joy, that knowledge that the Bhoys had done the seemingly impossible and gone through an entire season undefeated. The scenes after that goal were among the most amazing I’ve ever witnessed in all my years watching Celtic. It was simply astonishing, simply sublime, simply Celtic.

The new decade will doubtless see more memories to add to those above and who knows maybe today’s match will see us end this year on a high. What are your best memories of the past decade?  They may differ from mine but then we have so many to choose from. We are blessed indeed to follow this amazing football club. The history is so beautifully rich and there are undoubtedly many more chapters to be written in the incredible story of Celtic. 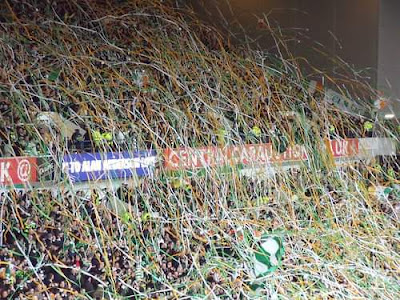