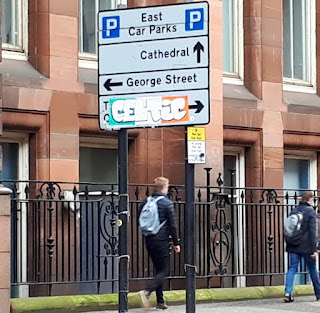 This week has been thoroughly depressing for those of us who enjoy Scottish football. The end of the transfer window is normally a time of discussing the players in and out as well as our teams’ prospects for the season ahead. Instead, we’re mired in a bitter slanging match about racist songs, bigotry and conflicting narratives. We had the Daily Record trawling the social media accounts of people involved in a podcast linked to Rangers FC and finding the usual comments about ‘bead rattlers, tarriers,’ etc. Much as this unpleasant terminology needs to end, that particular newspaper would drag any of us through the mud to sell more copies.

The media has had something of a feeding frenzy on all of this with a few hardy souls prepared to call out the racism and bigotry we have seen of late, despite the fact that they know this will bring the unhinged down on them. Others have fallen back on the old tropes that Rangers and Celtic fans are as bad as each other and Catholic schools are to blame. One reporter, writing in the times said…

‘Celtic and Rangers fans are as bad as each other but the Famine song should be seen as a kind of theatrical performance not an invitation to ethnic cleansing.’

I wonder if that song was targeting Jews or Muslims, the reporter would take the same slant? The song is offensive and racist and as such is to be abhorred by all right-thinking people. The Times also ran a story with the tired old narrative that Catholic schools cause sectarianism. As a teacher, I know that Catholic schools in Scotland are integrated, mixed and work hard to create an ethos where those of all faiths and none are welcome. They do fine work in some of our most deprived communities and teach charity, respect and tolerance. It’s a feature of bigotry, be it racial or religious, that the perpetrator’s blame the victims. The reality is that anti-Catholic and anti-Irish sentiment are far older in Scotland than denominational schools.

Some Rangers supporters are feeling somewhat under siege at the moment as the unacceptable side of their fan culture is being called out by a wider variety of bodies. I’m old enough to remember the fury among some when the Church of Scotland’s magazine, The Bush, criticized Rangers for not signing Catholic players in the 1970s. The General assembly passed the motion but over 200 ministers and elders abstained from voting while others were critical of those picking on Rangers. Think that over for a moment; some of the followers of Jesus, the friend of the poor and marginalised, were actually unable to call out a blatant piece of bigotry. In fairness, many more Church members did call it out but it emphasises the problem; we are all more comfortable pointing out the faults in others than contemplating our own. As Jesus said in the good book…

Of course, the warning not to judge others harshly must make us consider our own conduct. There are many in Scotland, and not just bigots, who dislike the singing of Irish Republican songs by followers of Celtic. Nationalist songs can’t be considered ‘sectarian’ but those who remember the trouble will remember some awful things being done by all sides and a generation after the guns fell silent do we really need these songs being aired at Celtic matches, often by folk too young to remember the horrors of the past? As Jock Stein once said, ‘there are plenty of good Celtic songs without bringing politics or religion into it.’ That remains a debate the Celtic support needs to have with itself.

Those of you who live in the Glasgow area will know too that a tedious graffiti war has been going on too. From the concrete pillars of the M8 to the side walls of factories and other buildings we have seen the childish and trite slogans of small minds scrawled and painted. It makes Glasgow look backward and out of time. Do we really need ‘KAT’ or ‘KAH’ on our walls in 2021?

Despite the denial and claims of video editing, the fact that the police have now arrested eight of those involved in chanting the Famine song in Glasgow last week suggests they feel there is enough evidence to proceed with prosecutions. All of those arrested are young men in their 20s and I genuinely hope that they have time to reflect on their actions. They now risk their future job prospects as well as the possibility of having criminal records. I would much rather our society offered them education and the chance to think about their behaviour. We have all done stupid things in our youth and looking back, I know I have. The group dynamic can sweep you along and wisdom sometimes only comes with reflection and maturity.

Some Rangers fan groups have jumped to their defence but they are in reality defending the indefensible. There is no context or occasion where singing that song is acceptable. It really is that simple.

Such is the sensitivity around this subject, some will take from my words what they want to take. Some will see it as another attack on Rangers and their fans; it isn’t as the club is to be commended for swiftly banning those found to be sullying its name. They also condemned racism in all its forms. This is about the bigoted element which attaches itself to Rangers like barnacles on the bottom of a ship not the decent fans who hate this nonsense which swirls around their club.

There will be some who think my mentioning of Rebel songs or dumb graffiti is somehow creating a false equivalence between the behaviour of sections of both supports. It isn’t; Rangers have a major issue with bigotry and racism. That is partly historical baggage left over from a past which saw the club choose an exclusivist and bigoted path. Their petty apartheid went on for decades and gave tacit approval to the more hateful elements in their support. It would be appropriate if they recognised that and offered some form of regret but I doubt that’ll happen.

Those who express an opinion which criticises the bigotry and racism in Scottish society are portrayed as having an agenda or being biased one way or another but that is playing the man and not the ball. Racism needs calling out wherever it raises its ugly head. It’s a matter of being a decent human being not what club you follow or how you vote.

Sections of Scottish football and society really need to drag themselves into the 21st century and ditch all of this outdated and embarrassing nonsense. We do it by working together and respecting each other. By remembering that we are all football fans who love the game, all human beings of equal worth and all capable of building a better future for our children. It’s time we were moving on.

Those who wish to stay stuck in the past should be left there. Their day is coming to a close anyway.