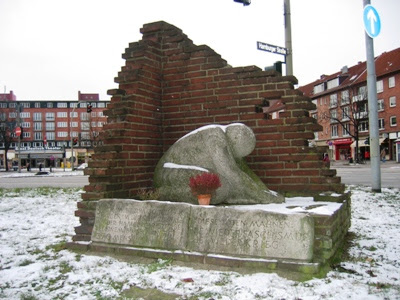 Way back around about 1986 I attended a Celtic game at Clydebank’s quaint little Kilbowie Park. I don’t recall a huge amount about the match apart from Brian McClair scoring a second half hat-trick and Alan ‘Rambo’ McInally warming up as a sub enjoying the banter with the fans. ‘Rambo, get oan there and bang a few in!’ one fan shouted as the muscular forward warmed up within touching distance. Another added, ‘Naw, stay aff, you’re shite.’ The big forward took it all in his stride and did in fact enter the fray that day and scored a good goal. As he celebrated he ran to the fans he had enjoyed the banter with earlier and high fived one or two. He stopped at his erstwhile detractor who stood hand raised, and smiled, ‘no you, you said I was shite!’

Walking back through the town to the train station an older chap pointed out the bomb damage still prevalent on one or two of the buildings. The old bath house was pock marked with deep shrapnel gouges from the German air raids of March 1941. I was never taught that part of history at school and made a point of learning more about what Clydebank endured all those years before. We are often reminded that London bore the brunt of the Luftwaffe’s fury during the Blitz but places such as Coventry, Liverpool, Manchester, Belfast and the Greater Glasgow area took a pounding too. In all over 60,000 civilians died in air raids on the UK during World War Two. Perhaps in relation to size and population few places in the UK suffered as Clydebank did.

Germany’s invasion of Norway in 1940 gained them access to air bases from which they could launch air raids on Scotland. There had been raids on the east coast of Scotland with towns like Peterhead being bombed more than 20 times but nothing on the scale of what was to occur in the spring of 1941. On Thursday 13th March, 240 German bombers droned over the North Sea and headed for industrial Clydeside. They flew over Loch Lomond and must have made a fearsome noise as they passed over built up areas. When they arrived over the town of Clydebank they knew exactly what their targets were to be. Clydebank and its environs was a hub of industrial activity with the Singers Factory, John Brown Shipyards, Oil storage tanks and a Torpedo making facility all in or near the town. 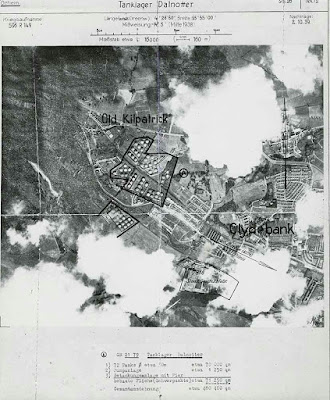 Sitting in the River Clyde was the Polish warship ORP Piorun (The Thunderbolt) which was undergoing repairs in John Brown’s shipyard. The Poles manned their guns and fired everything they had at the German bombers who were pounding Clydebank. As the bombs rained down it was obvious that this was a raid on a scale no seen in Scotland up to this point of the war. Of 8000 houses in Clydebank, barely 10 escaped undamaged. Many hundreds of civilians were killed and injured with thousands more made homeless. Clydebank was ablaze and as the German bomber fleet headed back to Norway, it was said you could see the fires in Clydebank from Dundee. It was a human tragedy on a huge scale.

The following night the Luftwaffe returned to a still burning town and pounded it again. It could be argued that the Germans were attacking legitimate targets and that the civilians caught up in the raids were collateral damage. Head of  RAF Bomber Command, Arthur ‘Bomber’ Harris had already committed his bomber force to the strategic bombing of German cities and scores of them were reduced to rubble. The raids on Hamburg in July 1943 killed 43,000 people and caused a firestorm which utterly destroyed whole sectors of the city. Berlin, Cologne, Kiel, Rostock and Dresden were among scores of German cities bombed repeatedly. The ‘butcher’s bill’ was in excess of 400,000 German civilians. There are those who quote Harris’ famous words, ‘The Germans have sowed the wind and now they will reap the whirlwind,’ feeling that anything was justified to win the war with fascism. It was a time of total war when any distinction between military and civilian targets was often ignored. 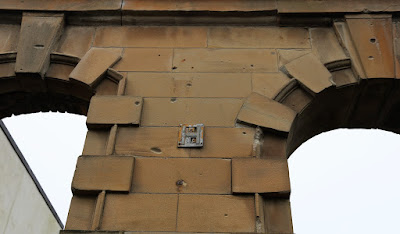 Watching the crass and often tasteless celebrations of VE night this week made me wonder if we had learned anything at all. Jingoism and flag waving were to the fore in parts of England and we had the remarkable sight of two grown men dressed as Spitfires doing a ‘fly past’ down a suburban street as people applauded. Celebrating the end of a brutal war is appropriate but as 75 years have now passed we should perhaps be more focused on sombre remembrance of the victims of war and not in jingoism or goading former antagonists.

Wars are awful things and must always be the last resort. World War Two unleashed a savagery on the world the likes of which had never been seen before. Civilians made up the majority of casualties with some 40 million perishing. Clydebank was but a drop in the ocean of suffering we humans inflicted on each other in those years. Yet every victim was a son, a daughter, a mother, father or friend with their own hopes for the future, their own stories to tell.

Today the German President gave a moving speech in Berlin about Germany’s crimes in the Hitler years and spoke of peace and reconciliation. Germany has confronted its past and recognises its sins with genuine contrition. That sort of tone is appropriate and best honours those who die in war. There are memorials to the victims of war in every land. Perhaps the greatest memorial of all would be to ensure that it never happens again.

We live in hope.