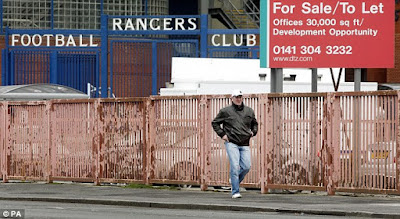 What is truth?
It is recorded in the New Testament that around two thousand years ago the Roman Governor of Judaea, Pontius Pilate, during his questioning of Jesus asked him if he was a King. Jesus is reported to have said to him, 'For this reason I was born and have come into the world, to testify to the truth. Everyone who belongs to the truth listens to my voice.' Pilate responded by saying, 'What is truth?'

Truth used to be viewed as a verifiable, indisputable fact but it seems we have entered a ‘post truth’ phase in our public discourse where people’s views are shaped by their emotions and what they would like to believe rather than any verifiable facts. ‘Fake news’ abounds and elements a cynical media count clicks on their advert filled websites rather than the number of distortions in their stories. American linguist and social thinker, Noam Chomsky in his book ‘Manufactured Consent’ theorises that the powerful elite who control much of the media and guide political discourse are able to manipulate the masses into doing as they see fit. Thus we see incongruity everywhere; from the child of immigrants with no empathy for modern migrants or the poor man living in a sink estate voting for a political Party which gives tax cuts to the rich and austerity to the poor.  Malcolm X once said….

This week saw a ludicrous story about HMRC being responsible for the death of Rangers in 2012 doing the rounds. We were informed that a decision by the tax authorities not to pursue the corpse of the old club for punitive fines and interests meant that they had ‘miscalculated’ the amount Rangers owed and therefore frightened off any potential investors. This absolute fantasy was destroyed by the usually silent HMRC who informed the bemused and confused that there had been no such miscalculation and that their decision not to pursue the money owed by the old Rangers was based on the fact that they were unlikely to get anything other than a few pence in the pound as will the long list of creditors owed millions.

A classic bout of confirmation bias then ensued where this story was seized upon by some Rangers followers as proof of some great conspiracy against them. Some fairly laughable comments appeared on social media demanding their £50m back! That is- demanding a rebate on money which was never paid in the first place and never will be paid! Never forget that among the spin and distortion this football club ripped off businesses small and large for tens of millions of pounds. Not least the tax payers who cough up to fund public services and watched rich men avoid paying their fair share. In an act of consummate irony, the Sun newspaper which so readily pumps out distortions of reality actually brought in an independent tax expert who blew the whole ‘HMRC miscalculation killed Rangers’ fantasy out of the water. There was no miscalculation; they merely decided not to pursue monies they knew they would never see.

Of course wiser heads could see through this whole attempt to deny the death of Rangers and spin the mythology that a jealous cabal in Scottish football and society had it in for them. The more prosaic truth is that greed and arrogance brought the house down. The hubris of the Murray years was inevitably followed by the nemesis of liquidation. No U-turns by a media with an eye on the blue pound, no historical revisionism by supporters who can’t accept that their club died in disgrace, will ever change the concrete reality of what happened to Rangers in 2012. It was inevitable that many Rangers fans would find this reality hard to deal with and the spin would begin. Being ‘demoted’ to the fourth tier of Scottish football and missing out on a European place were cited as punishments rather than what they actually were; the consequences of going bust. Rangers didn’t start in the fourth tier; Rangers ceased to be in 2012. The new club had to seek permission to join the league and thus were allowed to do so starting at the bottom rung of the professional game.

The irony is that those who deny this verifiable truth would be arguing the complete opposite had it been Celtic FC which was liquidated in 2012.

Harper Lee in that great American novel ‘To Kill a Mockingbird’ has one of her main characters, Atticus Finch explaining to his daughter why some people can’t see the truth before their eyes. He says to her…

‘People generally see what they look for, and hear what they listen for. The one thing that doesn't abide by majority rule is a person's conscience.’

We all must use our conscience to cut through the distortion, lies and agendas which seem to make up so much of our public discourse these days. There will be people reading these words who will decide that I’m just another Celtic supporter having a go at Rangers by creating my own distorted narrative. All I ask is that they look at the verifiable facts of what happened to Rangers in the Murray years. Think for yourselves and check the sources and facts before coming to a logical conclusion.

If you do you may well conclude that the target of your ire shouldn’t be people who point out the holes in the current counter-factual narrative being spun around why Rangers were liquidated, but those who brought Rangers FC to ruin in the first place.